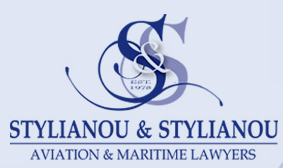 The law firm Stylianou & Stylianou was established in early 1978 by Stelios P. Stylianou and Dina Dousca-Stylianou. They had both been previously members of Christopher Margaronis Law Office, one of the then most reputable law firms in Greece. Since its setting up, Stylianou & Stylianou developed and flourished in its two main fields of expertise, shipping and aviation law. It has been acting as legal counsel in Greece for ship and aviation insurers, P&I Ship Mutual Assurance Associations, ship-owning companies and airlines in all aspects of shipping and aviation law including but not being limited to ship collisions and casualties, air accidents, passenger and cargo claims, ship sale and purchase, transfer and lease of aircraft, litigation and arbitration in ship and aviation disputes.

In the course of its more than four decades of life, our firm has been involved in all major air accidents that occurred in the area of Greece, and, specifically, the Swissair DC-8 fatal accident at Athens airport in October 1979, the Egyptair Boeing 737 hijacking at Athens airport in November 1985, the Olympic Aviation aircraft crash at Samos Island in August 1989, the Falcon Mystère 900 accident off Bucharest on 14.09.1999 in which the Greek Alternate Minister of Foreign Affairs with six other passengers lost their lives, the EKAB/Helitalia two Agusta A109E helicopter crashes off Athens and in Anafi Island on 14.01.2001 and 17.06.2002 respectively, the Helios Boeing 737-300 aircraft crash off Athens on 14.08.2005 in which 115 passengers and 6 crew members lost their lives and the Chinook military helicopter fatal accident off Athos mount on 11.09.2004, when 17 persons lost their lives including the Greek Orthodox Patriarch of Alexandria.

Since 2004 to date, the firm has been constantly classified by the International Who’s Who of Aviation Lawyers (firstly published by Who’s Who Legal on 17.08.2004), as one of the world’s best aviation law firms and the number one firm in Greece for aviation legal expertise.

In the field of shipping law, the firm has been acting as the legal counsel of the internationally renown shipping company “Mediterranean Shipping Company S.A.” of Geneva, Switzerland, known as “MSC Geneva”, with regard to its worldwide activities both in the carriage of containers and passenger cruises. In this capacity, our firm was involved in the handling of collision and other casualties occurred to MSC operated or chartered vessels, such as the sinking of “Elena Maria” at Ikonion port, Piraeus in May 1999, the sinking of M/V “HASAT” while on route from Valencia to Piraeus on 1st August 2000, the collision of “MSC ROBERTA” with “AEGEAN WIND” in Dardanelles/Bosphorus straits in April 2005, the collision of “MSC Elena” with “GEO MILEV” at the port of Salonica in October 2007, sea pollution and other similar incidents. Our firm has also been acting for ship hull insurers and protection & indemnity mutual insurance associations, in relation to maritime law disputes litigated before Greek Courts or in international arbitration.

With a full range of correspondents throughout Greece and the Republic of Cyprus, the firm is in position to offer first class legal services in all aviation and shipping matters arising in the area. 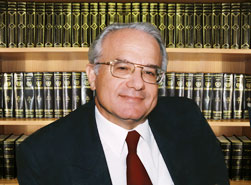